Interview with the new Head of HR

Home > Newsroom  > Interview with the new Head of HR

21 Jun Interview with the new Head of HR

We are very pleased to welcome Viktoria to the NFM Group.
In this short introductory interview, you will get to know a little more about Viktoria.

Please tell us about your career

I have deployed once to Al Anbar Province in Iraq. I was there for six months as Second in Command, Chief of Staff and Chief of Operations. My responsibilities were leading the staff through daily activities and planning for long- and short-term operations for the Norwegian Security Force. At the base there were forces from other countries including the US, Denmark, Poland, Germany, Spain and England.

It was a fun deployment and I was very impressed by the professionalism of the soldiers there. Whenever we were attacked by rockets or there were drones overhead – everyone continued to do their jobs like nothing had happened – that was very impressive to see.

What is it like being stationed in the north of the country?

Skjold is one of three military bases in Troms county, which contains Skjold, Bardufoss and Setermoen. They really are in the middle of nowhere so after work, there’s not too much to do. I am kind of boring anyway, so my daily routine is work, exercise, eat and sleep and that is it. You could say, I train a lot.

What was the reason why you wanted to look outside the military for a new position?

I have always been curious about the corporate world due to the endless opportunities that are not available in the military. After getting confident as a leader and developing my skills in the Norwegian Army, I wanted to use the same skills in the private sector. I would also like to work with people with different backgrounds and competence. In the military we very often have the same background or education and similar point of view. I am excited to meet new people with interesting opinions and knowledge.

The first impression I got from NFM is that is has the same values that I have; Innovation, competence, honesty and trust. When I first visited the office here, I felt really at home and enjoyed talking to the people I met. It was not to apply for a job, but rather as a guest to hear about trade show events in Paris.

Then when I heard about NFM’s future plans and ambitions, I really wanted to be a part of that and so applied for this position.

You said that you like to exercise. Do you have any competitions coming up?

Yes actually. I am going to run the Hedersløpet – which is a 10km veteran run in September. I noticed that you ran the Kristiansand Sommerløp with an NFM vest, I think I will do the same in September.

– I am married and have a French Bulldog called Frank.
– I think I am boring but I do enjoy exercise. In fact, I believe I have the Norwegian record for 30km run (for women) with a 11kg rucksack. I completed it in 2 hours and 35 minutes in Iraq while I was stationed there. We did it at night, so the heat did not affect us.

We look forward to working with you Viktoria! 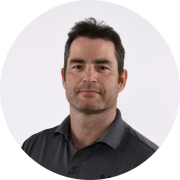 NFM, founded in 1996, designs and produces protective equipment that enables the user to deploy to full capacity during combat, while staying protected.
Based on our Scandinavian heritage of craftsmanship, we continuously implement a holistic and innovative approach to protection with the end user in focus.

Today, NFM has contracts with over 50 military and law enforcement agencies worldwide.

For more information, please visit page about our company.

NFM, founded in 1996, designs and produces protective equipment that enables the user to deploy to full capacity during combat, while staying protected.
Based on our Scandinavian heritage of craftsmanship, we continuously implement a holistic and innovative approach to protection with the end user in focus.

Today, NFM has contracts with over 50 military and law enforcement agencies worldwide.

For more information, please visit page about our company.